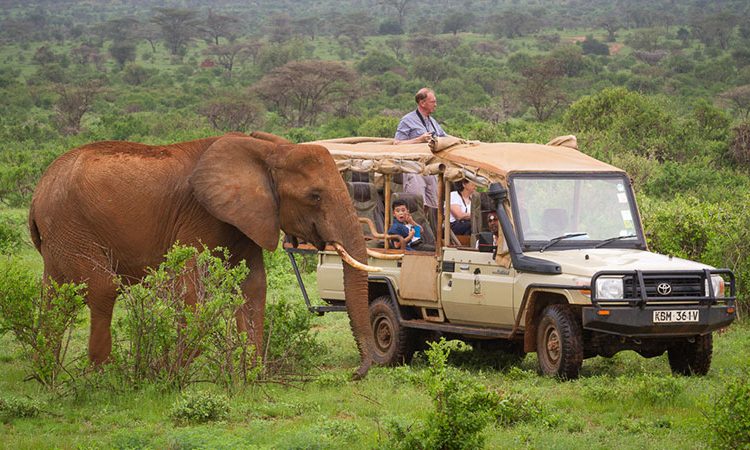 Private Safaris: Safaris are sure exciting opportunities for one to experience the wild and bio- diverse vegetation of the wild across different parts of the African continent. In East Africa Safaris are normally taken throughout the year in different game parks, with tourists viewing animals from primate, savannah mammals, birds, unique vegetation, nature and many more things. Though most tourists prefer to have safaris during the dry seasons, any time is good for a safari adventure in East Africa.

Personalised Services: Travellers on private safaris have the opportunity to get services tailor-made for them, which greatly facilities the enjoyment of their safaris unlike public safaris where travellers have to adhere to the services already prepared for them.

Tailor-made itineraries: Public safaris always have predetermined itineraries dictated by the organisers so the travellers have to just follow what’s already there; well as for private safaris travellers have an opportunity to determine what they want on their itineraries and if they don’t like it they also have the liberty to adjust it.

Personal Tour guides: All safaris have tour guides and public safaris will normally have one tour guide for a group of people. Private safaris, on the other hand, have personal tour guides for most of its travellers giving the travellers a chance to have an exhaustive tour, they can ask questions and receive an in depth answer among other benefits, that are not available during a public safari.

Personalised Game drives: On a private safari you have personalised game drives with a tour guide dedicated just to you, so on your game drives you are able to see as many animals as available because you are able to go to most of the different corners of the game park  as you please and if you desire to stop for some time at a spot just to enjoy the beauty of the wildlife you can do. Unlike on a public safari where the tour guide dictates what you see for how long because you are many and most cases on a time cap plus sometimes different parts of the tourism site can’t accommodate many people.

Time cap: Public safaris normally have a time cap dictated by the organisers but the private safaris don’t have time caps; thus unless the place being toured has a stop time, while on a private safari you can extend your time of stay as long as you want or cut it short when you are done. The preference is up to the tourist not anything else.

Cosiness: Private Safaris are normally for an individual or a group of related people so even as they tour together there is a sense of closeness and cosiness as they have fun together well as during a public safari you are with people you are not acquainted with and the numbers are usually many, you may feel left out and may not enjoy your safari

Safari extras: The services on a private safari have several extra things that complement the safari and make it even more enjoyable to tour privately. Thus though private safaris come with a cost they are really worth it.

Others benefits of having are private safari is that in cases where you cannot make it at the designated date you have the liberty to reschedule instead of cancelling unlike when you are going on a public safari the options for rescheduling are rarely avoid you mainly have to cancel if you cannot make it on the agreed date.