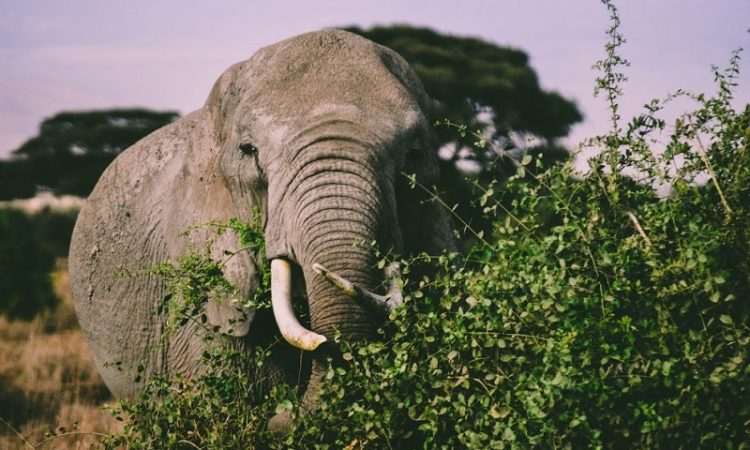 Tsavo West National Park is a national park in Kenya located in southeastern Kenya in the central province, Tsavo West national park is one of the popular Kenya wildlife safari destinations famous for maneless lions “the man eating lions”, large-sized red elephants and the remaining population of Hirola antelopes in Kenya.

Tsavo West covers an area of 9,065 square kilometers and it was established in 1948, the park landscape is dominated by savannah ecosystem including open grasslands, scrublands, riverine and acacia woodlands.  The landscape of Tsavo West national park encompasses of Mzima springs, Shetani lava flow, Lake Jipe and Chaimu Volcano.

Tsavo West is one of the popular destinations best for Kenya wildlife safaris, game viewing in Tsavo West national park is offered in sessions that is morning game drive, afternoon game drive and evening game drive. During game viewing you get to watch many animals from the widow of your car, animals seen include lions, elephants, cheetah, wild dogs, klipspringers, gerenuk, mongoose, Oryx, giraffe, black rhinos, cape buffaloes, antelopes, hyenas, hippos, crocodiles among others.

Game viewing in Tsavo West can be done all year round but the best Kenya wildlife safari is done in the dry season when a large number of animals are spotted congregating at water holes to drink water.

Viewing wildlife in Tsavo West national park can also be done on rhino tracking and visiting the beautiful Mzima springs.

Visiting the Mzima Springs is another activity to do in Tsavo West during Kenya wildlife safari, Mzima Springs is a great site in the park for watching large number of hippos and Nile crocodiles. Mzima springs are a pool of over 50 gallons of clear water beneath the lava rocks found in the northern region of Tsavo West near Chyulu hills. Mzima springs are a home to a large number of hippos and crocodiles living in the crystal clear waters of the pool and they can be seen during your visit. Also vervet monkeys are seen while picking fruits on the trees.

Some of the sections of Tsavo West are mountainous offering excellent volcanic hiking opportunity, Kenya volcano hiking safari is a breathtaking and adventurous activity and in Tsavo West Chaimu Volcano is hiked. Chaimu Volcano is a spectacular feature with a crater lake on its top which is aimed at during hiking experience, hiking Chaimu volcano takes about 15 – 20 kilometers.

Walking safaris is one of the best way to explore Tsavo west, the park is composed of a scenic landscape consisting various features worth visiting such as Shetani flow, Mzima springs and Lake Jipe. Walking safaris in Tsavo West national park are facilitated by numerous trails running through the park, the activity itself is done on foot and the walk is headed by an armed safari guide for protection purposes in case of any attack from the wild animals. During your walk in the park you will have a chance to watch many animals such as Masai giraffes, lions, elephants, buffaloes, rhinos, hartebeests, lesser kudu, bush baby among others. Also a variety of beautiful and colorful birds are spotted during Kenya walking safari in Tsavo West and these include secretary birds, Somali Ostrich, Somali bee-eater, Taita falcon, Shelly’s starling, river warbler among others.

WHERE TO STAY IN TSAVO WEST NATIONAL PARK

HOW TO GET TO TSAVO WEST NATIONAL PARK

Tsavo west is located in the south Eastern region of Kenya in a distance of 240 kilometers from Nairobi, to get to Tsavo West national park 6 gates are used that are Tsavo gate, Lake Jipe gate, Mtito Andei gate, Chyulu gate, Maktau gate and Ziwani gate. Getting to Tsavo West is done using both road and air means of transport. By road, a 200 kilometers route from Nairobi is used and a 4X4 wheel vehicle is recommended. By air, chartered and domestic are offered from Wilson airport in Nairobi to airstrips serving the park such as Kamboyo, Kilaguni, Tsavo, Jipe, Kasigau, Finch Hottons, Ziwani and Maktau airstrips serving the park.