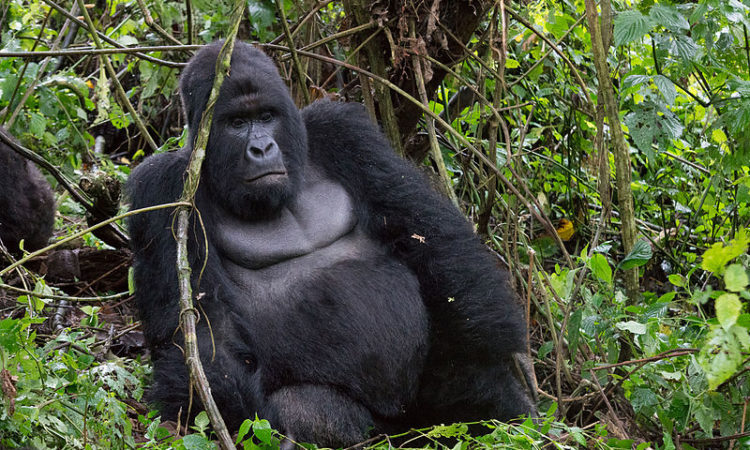 Virunga national park is one of the amazing Congo safari destinations located in Democratic republic of Congo in eastern region bordering the Congo-Uganda border, Virunga park is the Africa’s oldest national park  and the most biologically diverse protected area on the African continent that is why it is was declared a UNESCO World Heritage site. Virunga covers an area of 7800 square kilometers with landscape dominated by extensive savannah grasslands, densely forested volcanoes, eroded valleys and lava plains.

Virunga national park is an excellent destination to visit while on a Congo safari, this park offers memorable safari activities such as

Nyiragongo volcano hike in Virunga park is done on Nyiragongo volcano standing at the altitude of 3470 meters above the sea level, this volcano is one of the world’s largest active volcanoes and consist of a lava lake at its summit. Hiking to the summit of Nyiragongo Volcano takes two days to reach the summit and hike back, this remarkable experience starts at Kibati patrol post and the hike to the summit takes about 4-6 hours. On the hike you spend the night at the summit and night you will enjoy the red flares of boiling lava.

Virunga is an incredible site for nature walks safaris and sightseeing, the park comprises of spectacular landscape dominated with mountain volcanoes, eroded valleys, dense tropical forests and montane forests. Nature walks safaris in Virunga offers an opportunity to explore the landscape of the park and its amazing nature, nature walk safaris are done on a number of trails which run through the heavily forested volcanoes and hills and on the walk you enjoy sights of terns, birds and animals such as buffaloes, elephants, monkeys and hippopotamuses on the banks of Lake Edward.

HOW TO GET TO VIRUNGA NATIONAL

Virunga is a very accessible mountain gorilla trekking destination and there are many ways to get to park, one of the mostly used way of getting to Virunga is by flying into Rwanda using Kigali international airport situated in Kigali city the capital city of Kigali. From Kigali city you embark on a drive of 4-5 hours to Virunga with border crossing at Gisenyi-Goma border, after crossing the border you register at Grande Barrier the head to the park which is in a distance of 15 kilometers.

Another used way to get to Virunga is using a direct flight to Democratic republic of Congo using Goma international airport, daily flights to Virunga national park are offered by Ethiopian airways then connect to the park by use of a vehicle.